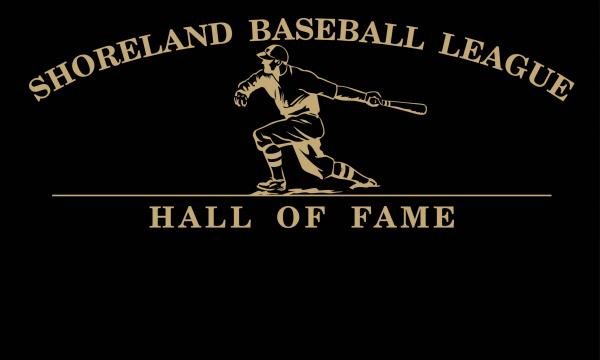 The Shoreland Baseball League's 2020 Hall of Fame inductees will be honored Friday, June 25 at Village Park in Casco before the A's host the Algoma 'Guins. Ceremonies will start at 7:00 with the game to follow. Jack Sprecher and Casco's Dan Yagodinski were elected to the league's Hall of Fame in January 2020 but ceremonies were not held last year.

There are few in the history of the Shoreland League that can boast the accomplishments of the Casco A’s Dan Yagodinski. He was the league’s first four-time winner of the Most Valuable Player award, taking home the trophy in 1991, 1993, 1996, and 1998. In 1993, he also won the Batting Title and the league’s Triple Crown - leading the league in batting average, homeruns, and runs batted in.

After a standout career at Luxemburg-Casco High School that ended in 1989, Dan played collegiately at the University of Wisconsin-Milwaukee. In 1990, he began playing with the A’s as a pitcher and infielder before moving to the outfield for the majority of his games. Near the end of his career he served as co-manager and led Casco to Shoreland League titles in 2002, 2004, and 2005 before hanging up his cleats in 2006.

Dan began officiating basketball after finishing high school and worked several WIAA State high school tournament games before retiring in 2019. He has also coached youth sports, including his own children in baseball and softball.

Despite never having played a game, managed a team, or held a leadership position for the Shoreland League, Jack Sprecher played an integral role for the league and its teams as an ambassador and promoter of amateur baseball in Wisconsin. Starting in 2001, the “Jack O’ Diamonds” traveled across the state attending games and eventually created the Wisconsin Amateur Baseball Organization website to report scores and standings for leagues. On the site he would rank all teams in the state against each other, hand out awards to individual players, and even rate the concession offerings at the parks he visited.

Jack would take a special interest in his adopted hometown Algoma Penguins and would often be found sitting behind home plate at Perry Field keeping a scorebook. His site tracked the history of Algoma city baseball back 100 years and he was in the stands to witness the ‘Guins win their first Shoreland League Championship in 2018.

After attending 668 games over 18 seasons, Jack retired in 2019. His legacy will be his passion for and dedication to the game and the men who played it.